In these stay-at-home times I’ve found a small amount of joy in focusing on nerdy things like implementing our logo in popular driving games and giving livery design a whirl again. The dissolution of the barrier between work and spare time is a dangerous thing these days, make sure to find fun distractions out there and stop thinking about the pandemic / economy for a while.

In 2008 I was so lucky to be voted one of the finalists in the annual Peugeot design competition. The nomination was a game changer for me, it somehow legitimized my thoughts on automotive design and gave me the confidence I needed to pursue one of the most complex disciplines of design: Car design.

Over the years leading up to 2008 I had already created a myriad of car designs, but most of them were on the silly side and more akin to science fiction than reality.

The Peugeot design competition changed things for me and I became quite pregnant with the idea of creating an electrical car with as little drag as possible. The point was to develop a concept that could be sold as a luxury roadster and also be used in racing championships the world over. The purpose was to sway the demographic towards environment friendly automobiles, not by their climate sparing ability, but simply by proving how electric vehicles were superior, even in a territory that was dominated by fossil fuel race cars.

I didn’t want to create my own car brand, so I chose one of the most renowned car marquees on the planet to underline the electrical racing statements: Alfa Romeo, I also chose a name that was saturated with winning through intelligence, daring and endurance: “Fangio” from Juan Manuel Fangio “el maestro”, the Argentinian race car driver fit perfectly into the concept, some people even spotted fangs in the aggressive face of the concept car.

Innovation wise I had to think long and hard on how to let the car move as easily through the air as possible and still stay on the road when it turned at high speed. Naturally the classical aerodynamic solution is a series of intelligent spoilers that create down force when needed and are mechanically hidden when the car travels straight ahead. At the time Citroën had created their Gran Turismo concept that introduced an interesting way of leading air through the vehicle to eliminate part of the drag behind the car. The idea also appeared in some DTM cars and would later be clearly present in the 2017 Ford GT 40 and Aston Martin Valkyrie. Peugeot had however earlier experimented with a “tadpole” design, that instead narrowed the rear of the car, to achieve less drag, they did this by replacing the rear wheels with a wide singular wheel.

This saved both weight and reduced drag, I’m sure I picked up the concept on my radar, because later when I was working on Fangio, it occurred to me and the friends I discussed my ideas with, that the most effective aerodynamic shape was a teardrop design ( very tadpole-esque ) . This idea has been attempted many times in car designs all the way back to the 20’ies, for instance the German “Tropfenwagen” created in 1921.

So my concept adopted the teardrop shape, both on its top axis and on its side, I didn’t however omit one of the wheels. The problem only having 3 wheels is that it becomes hard to put down enough weight on the rear wheel for the car to be stable. So my concept retained 4 wheels, but I narrowed the rear axle for the wind to be able to slip past the car like in Peugeot’s tadpole design. I also implemented the idea of air passing through the car as can be seen on the concept renders below:

The concept incorporated several other innovations that are described in detail in the original design pitch that you can download here: http://www.9000gigawatts.com/alfa-romeo-fangio-electric-concept.pdf

This article hints at the curious way I was inspired by and may have inspired other designers. Sadly Fangio was never picked up by Alfa Romeo, which was of course disheartening at the time, but I did send the design pitch to the people I had been in contact with at Peugeot. I finished the pitch during my summer vacation in 2009 and gave up on getting through to Alfa Romeo early autumn, that’s when I turned to the people I had met at Peugeot, who said they would forward my pitch to their design team. Which is interesting, because on the Paris Motor Show in October 2010 they unveiled an electric race car: Peugeot Ex1. Their design team never wrote back concerning my Alfa Romeo pitch, but the danish Peugeot employee I communicated with did confirm that it was curious how close my 2009 concept was to their 2010 model, copyright wise there is no violation, the design is far enough from the Fangio and I don’t have access to the mails I wrote back in 2009 so I can’t prove that I actually sent the design. But for my detractors that amuse themselves by me never breaking through in the automotive world I can point to the curious shapes shared by my Fangio and the Peugeot Ex1. Perhaps a few of my crazy automotive design ideas aren’t bad, perhaps I already have proved my ability as a car designer in the real world 🙂

The Peugeot Ex1 did have a very interesting, albeit short life as a concept car. It beat several dragstrip records for cars weighing less than 1000 kg in China and it also marked the 200th year for the Lion car brand.

Where is my car design career headed these days? I’m creating virtual experiences and we’re working on a VR pit stop game that will hopefully find its true from over the next couple of years 🙂 And I’ve recently helped my students enter the Michelin car design challenge, drawing on my experiences from competing in the Peugeot contest. Would I enter a 2020 Peugeot car design contest? Probably, it did give me my original confidence boost and there is always more to be learned and experienced :).

We felt it would be prudent to update the site with some of our newer projects and as you might notice below, it’s a fairly broad spectrum of work. In the background we’re still working on a space adventure and poking away at product design and 3D print, but more on this as the projects become more and more presentable :).

Recently we’ve helped a customer in Grenaa/Denmark boost their browser based top down arcade tank game, here’s a link to their promotional video containing some of the work we did: TankWars 2.0 promo

We’re helping create assets for a 2D multiplayer game, an example of which is shown below ( naturally if you ask us to help create games with no limits in the design, they’re gonna be racing games right 😉 ) 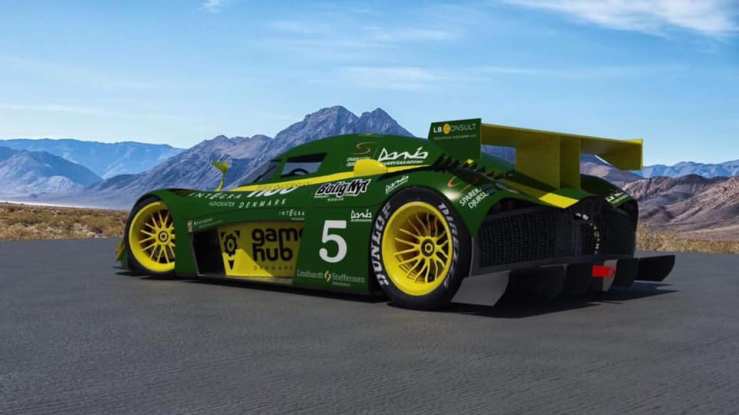 Finally we’ve helped the Copenhagen based french school create a poster for their celebration of the lunar landing this summer, we were specifically asked to incorporate the well known Japanese manga character style, the final poster is shown below: 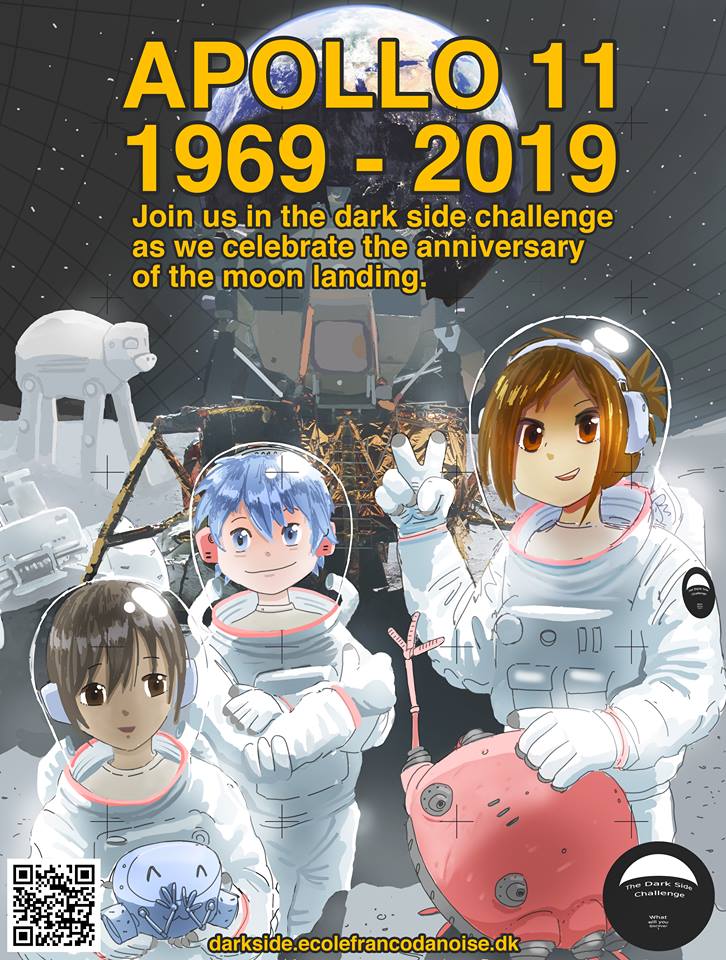 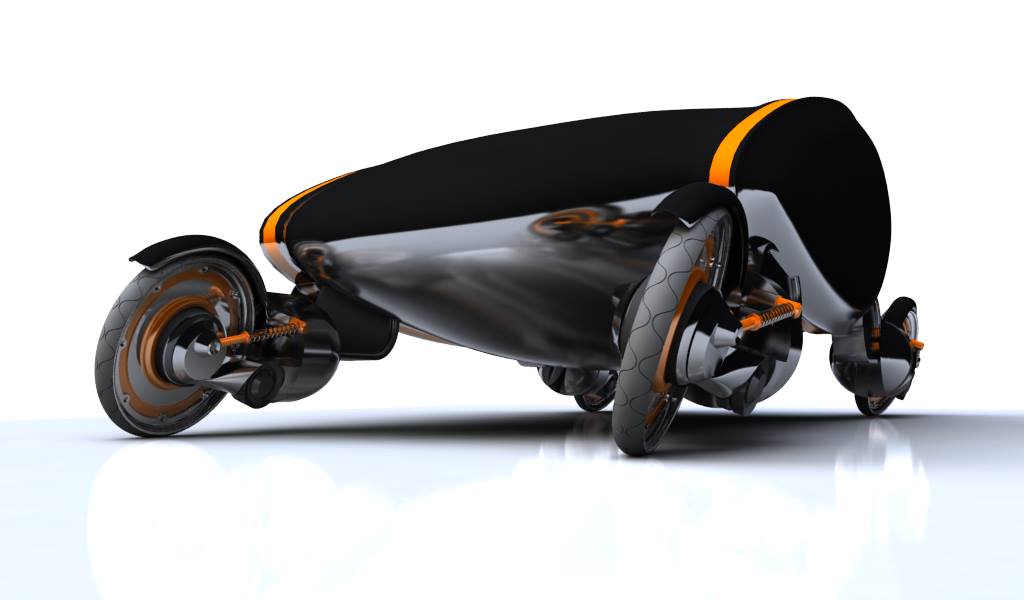 10 years ago we won the danish Peugeot car design contest and partook in the global finals, among 3000 submissions we placed in the 30 finalists, below Michael receives the danish no. 1 reward. 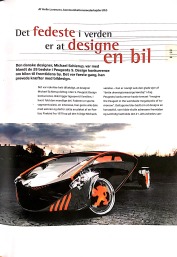 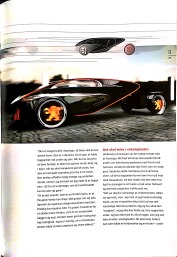 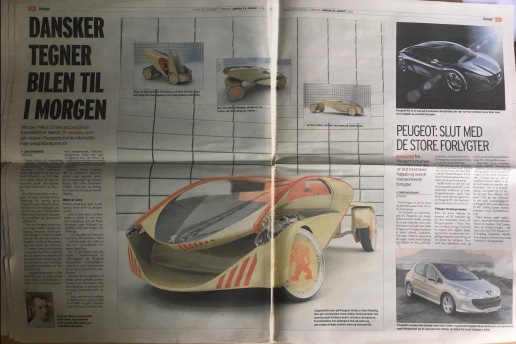 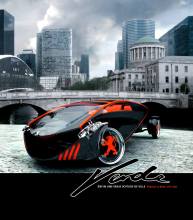 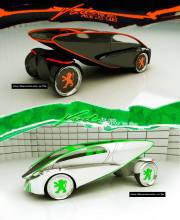